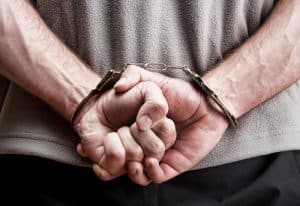 YARMOUTH, Massachusetts — A taser was forced to be used by Police on Cape Cod to subdue a DUI driver who was resisting arrest after leaving a restaurant on Route 6 early morning on Monday, authorities said.

A call for help was reported at Oliver’s restaurant about 1 A.M. Officers were notified about an intoxicated man. According to the Yarmouth Police Department report, he had fled the parking lot after workers offered him a ride home.

Later, a taser was used by the teams od the officers to subdue 29-year-old Patrick Leary. He was both physically and verbally combative when he was found a short distance from the restaurant. The restaurant is located on South Yarmouth Road, officials said.

The South Dennis DUI driver also allegedly spit at the officers and swore at them after he was arrested on charges including operating under the influence, refusing arrest and disorderly conduct.

The suspect, Leary is slated to be arraigned Monday in Barnstable District Court.

If you possess any other information about the man or you are a victim, contact the nearest police department for providing information.