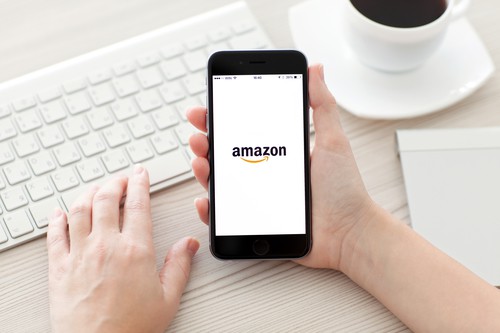 According to the Boston Globe, which cited Mayor Martin J. Walsh, the e-commerce giant is in talks to lease 430,000 square feet in a planned 18-story building in the city, potentially hiring 2,000 or more workers to fill it.

“It’s not HQ2. But it is great news for Boston,” Walsh reportedly said in a meeting with Boston business leaders on Tuesday.

The building would be part of a planned development in Boston’s Seaport District that’s expected to be ready by 2021. The deal is expected to be finalized in the coming weeks. Amazon will seek $5 million in tax breaks from the city.

Amazon has the option to expand the lease to a million square feet and 4,000 employees by 2025 by expanding into the building next door, which is also in the planning phases.

The future jobs available at Amazon in Boston are expected to be in the tech-heavy fields of robotics, cloud computing, and voice-activated systems.

“Amazon is considering additional options for expansion in the Boston area to meet the demand of our growing employee base and as part of our ongoing hiring efforts,” the statement reads. “This is independent of the company’s search for HQ2, a second headquarters in North America.”

Boston is seen as desirable for the company due to the quality of its nearby schools that focus on tech, like MIT.

Amazon says the new headquarters will have 50,000 employees and $5 billion in investment over 10 years.

Of course, the fact that it’s just an option on the lease and not a done deal means it could just be there in the case Amazon were to decide on Boston. And the fact that the land is being leased — and not purchased by the company — is another potential hole in the theory.

While Fortune notes that the search for office space in Boston started before Amazon announced its search for HQ2, if the company is going ahead with leases in candidate cities, it could mean that internally, it has decided Boston is not the frontrunner. Also, Amazon would most likely lease two buildings in a city long-term, then build another headquarters somewhere else in the city.

Amazon has not shied away from opening new offices in HQ2 candidate cities since the announcement of its search for HQ2. Amazon announced in September that it will open a 360,000-square-foot office in New York City, another potential HQ2 city.

Boston Plans to Position itself as a Home for Start-ups