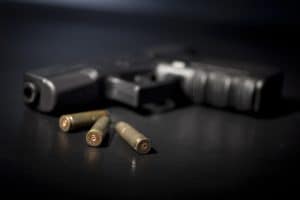 An MIT dropout wants to change the game and hopes to help saves thousands of lives with his new device.

But before I reveal what type of device this is, let’s get to know a little about the inventor of it. Kai Kloepfer is a 21-year-old college dropout from MIT in Boston.

He grew up in Colorado and was always interested in technology as well as engineering. He first started working on this device back when he was still in high school. He created the first model for a science fair about 6 years ago. Since then, he has been working on it and improving it slowly here and there.

Now, he is working towards making his science project his new business. Lots of investors from California were willing to invest in his creation, which is how he was able to obtain funding for it.

So, what, might you ask, is this device he’s working on? It’s a smart gun. Yes, that’s right, a smart gun.

If it goes the way he hopes, his invention will be the first ever handmade smart gun!

How would a smart gun work? Well, according to Kloepfer, the gun has a sensor on the handle that will only recognize one fingerprint, the owner’s. It can only be used and functional when the authorized person uses it with the right fingerprint.

Since he was from Colorado originally, the movie theater shooting that occurred a few years ago had upset Kloepfer and motivated him to come up with the invention of the smart gun. He hopes this new device can help save the lives of innocent people.

Biofire, his company, is constructing the handgun by hand and incorporating the sensor in it. Kloepfer stated that the smart gun will need charging every once a year.

In his opinion, Boston might not be the right city for having a gun company, however, there are lots of talented people that are right for the position of working in this company. He says, “Boston is, in my opinion, the best city in the United States for hardware electronics.”

This will make all the difference, especially with gun-related deaths that happen year-round.

Tyler Thornburg Comes to an Agreement with the Red Sox