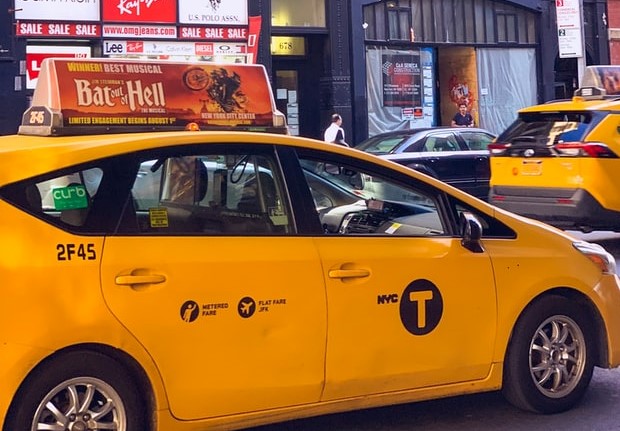 Cash Cab was maybe my favorite trivia game show on the Discovery Channel. And though I’ve only met Ben Bailey in passing, I’m certain he’s as straightforward as the very question he poses to people.

Here’s a scene from 30 Rock explaining what the show is, amusingly enough.

Not enough detail? Read these next words carefully. You might get quizzed in an Uber.

Firstly, it was originally premiered in Britain, back in 2005. It’s been relicensed to multiple television networks in over twenty-four countries.

The host? John Moody. And it seems cut-dry in contrast to the international version but still seemed to delight and dismay it’s contestants with a similar ennui. Though the concept died out there, it still set the wheels rolling towards a quizzical end.

Contestants are either prescreened or chosen randomly, based on who needs to hail a cab in New York (though the show has since expanded to Chicago with Beth Melewski.) After being chosen from a fake series Show Me New York, the participants are asked to come back later, to a different location, where Ben Bailey picks them up and reveals the reality. As they start to play, despite many rejections during the first season in 2005, a black van holds the crew. They’re responsible for managing the lights, music, cameras and – most importantly – the release forms! You can’t be on TV without signing a release form! Money’s also something they keep a track of but who needs accountants anyway?

In recent years, Cash Cab has felt a little irrelevant. Uber and Lyft rising, taxis didn’t seem as popular anymore. However, Discovery brought the series back as recently as 2017. (Bravo took it in 2019.) We’ll see how newer generations who grew up with this comedian do. It would be interesting to see the Red Light Challenge answered by way of “social media shout-outs.”

Bentley GT Speed Is Sharp To The Touch: Cuts To The Chase