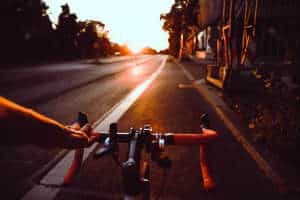 On Sunday, people throughout the Boston community joined together to remember a Cambridge woman killed in a bicycle accident. Her name? Paula Sharaga, a sixty-nine-year-old woman. A cement truck hit and killed her while she was riding her bike in the Fenway area. This awful incident occurred earlier this month. Bicycle safety is an issue in any major city, but especially in Boston. The city is cluttered with many narrow and poorly designed roads, including very limited bike lanes. Many cyclists have to ride dangerously close to vehicles on the roads.

Therefore, to honor Sharaga, the community put together a “Ghost Bike” ceremony. This honored her life as well as raised awareness about bike safety. Essentially, people in the community joined together in a bike ride in honor of Sharaga.

Now, family and friends remember Sharaga as an avid bicycle rider. They saw her also as an active member of the community, and a children’s librarian. In addition, she brought joy to the lives of many throughout her life.

The accident occurred in the area of Brookline Avenue and Park Drive. A sixty-seven-year old man from Salem drove the Boston Sand & Gravel that struck Sharaga. When emergency crews arrived, they transported her to the hospital. Later, she died at the hospital.

How can we increase bicycle safety in the city?

Many commuters believe that the city needs to do more to protect cyclists on the roads in order to prevent these tragedies. While drivers should take more caution in watching out for cyclists, perhaps with more bike lanes and other changes, the roads would be safer. Apparently, the intersection where the cement truck hit Sharaga was not designed well, especially for cyclists.

What do you think the city should do to prevent these tragic accidents and increase bicycle safety? How can automobile drivers and bicyclists better share the roads?