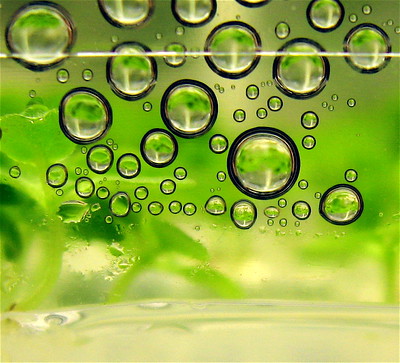 Biodiesel had a huge social impact about a decade ago. If you ran a diesel engine, then there was a decent chance you could save money on gas. Utilizing biodiesel was a significant herald for the alternative fuel craze. With its impact on how we viewed fuel, where did it go?

Late 1800’s and the Invention of Biodiesel

Rudolf Diesel invented the world’s first biodiesel engine in 1893. Based on a component of Peanut Oil and diesel fuel, the engine ran appropriately with the standards Diesel had put in place. Thus, this was the first time the world ran on a fully reusable fuel. Because of this, August 10th is also remembered as “International Biodiesel Day”. That’s right, the same guy who invented the engine that is commonly used today and is controlled by price-gauging oil empires is the one responsible for creating the alternative energy craze.

During the 1970’s America was in a bit of a pinch when it came to fossil fuels. With less oil being brought into the states, the industry changed its focus to smaller fuel-effective vehicles. Gone were the days of the (totally awesome) muscle car race, and the inclusion of the Japanese Automotive industry meant an increase in smaller, foreign cars that acted as a great entry point for the Asian automotive industry.

Another issue stemming from this time was the incursion of tighter Californian emissions standards. The Green Party was gaining momentum in the US at the time with many political leaders looking forward to shifting gears away from America’s dependence on fossil fuels.

During this time the counter culture (hippies) were strongly fighting the system by traveling in droves and following their favorite bands across the country. As to how this helped anything, we’re still unsure, but it indirectly changed the game. This pseudo pioneer of “off-grid” living became a foundation for experimentation. Now, by experimentation, we mean that some of those old deadheads were chemists (this isn’t helping us) and that they figured their VW Bus could (with some minor and cheap tweaks) be converted to burn biofuels.

The Post 9/11 world and our incursions into the Middle East brought a substantial backlash in terms of our budgets. Gas prices started to soar, and with the now fully established SUV market that was developed in the ’90s, many were taking a pretty big hit. For others, their older (diesel) car had the opportunity for a significant comeback.

For starters, older diesel engines had the tolerance levels that could go much higher than standard petroleum engines. With head gaskets made of iron vs aluminum, the strength of the engine provides enough toughness to handle anything you can throw in it. Thus, these were the perfect engines to test out alternative fuels. Any sort of bio-oil can serve as a producer of energy if the mixture is right.

In order for one to utilize the benefits of biodiesel, a well-distributed mixture of vegetable, peanut, or another plant-based oil needs to be mixed with equal parts of actual diesel. This helps to obtain the appropriate combustion rate for your engine to run through effectively. Yes- you still need some diesel fuel, but not nearly as much. Mixing the two components can be a time-consuming task, but the value for yourself and the environment is far greater than you can imagine. Some of the best oils to use are Soy, Canola, Peanut, and Olive.

Many high emissions industries have made the switch to alternative energy consumption. The trucking industry has made an effective impact on the popularity of utilizing Biodiesel. Many European public transportation systems in places like France, Germany, and England have also switched. This has made drastic changes to their public transportation systems to include some form of biodiesel.

US Market and Future of Biodiesel

Industries have arisen to improve and perfect the usage of biofuels across the US. Many businesses utilize the use of biofuels and an emerging (yet still niche) industry over the production of such fuels has emerged. These often focus on larger operations rather than for public use. These methods have walked (somewhat) hand in hand with other alternative fuel solutions.

Although this alternative has caught the eyes of thousands across the world, many individuals simply do not own older diesel engines. On top of that, while diesel engines may improve emissions, they don’t improve your car. Studies have shown that the performance rates for cars that utilize an alternative fuel source receive about 5-8% less gas mileage. This coincides with the 5-8% loss in power for vehicles that use it. You have to step on the gas harder, which means more fuel is used. Another factor is the wear on the engine. Where non-equal mixes can occur, this can lead to your engine locking up and the many components becoming stuck. Many users of biodiesel are often mixing their own fuel in their garage or basement. This will often lead to imperfections in the combination process.

With the invention of solar and electric cars now drastically emerging in the US market, many have ditched the classic DIY approach to fueling their cars. This is in order to move onto a better and more fuel effective range. With Tesla’s Model S, Model 3, and now their “Cybertruck”, the benefits of electric far outweigh the benefits of utilizing an oil-based energy platform.

Another major factor in why biofuels haven’t necessarily taken off is the price. A lot of the US relies on corn and peanuts for food additives. Once Americans start using these oils for their cars, the demand will skyrocket. Food prices will become astronomical and the benefits wouldn’t be worth it.

Colder temperature areas such as Boston or anywhere in the Northeast will cause the oils to separate and gunk up. The climate needs to be generally unmoving (which was where Southern Californians hopped on this immediately). Although it remains an awesome alternative, many aren’t willing to put the time into converting their engine. For those that have it already installed, the idea of stealing oil from Mcdonalds and other fast food eateries is also a turn-off.