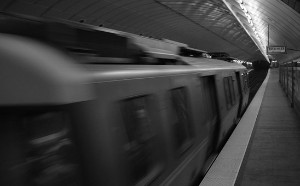 BOSTON, MA – In a bit of a surprising development, a recently published study ranked Boston Transit the second-best in the entire country. This high placement is even more shocking when considering the present problems with the Massachusetts Bay Transportation Authority.

The site WalletHub measured 100 cities across 17 important metrics. These factors ranged from commuters who use public transportation to the busiest hours spent stuck in congestion. These metrics were then used to evaluate who offered the best and most efficient ride.

When broken down, Boston earned the second-highest ranking in terms of accessibility and convenience. Furthermore, the study gave it the 10th highest-ranking for Boston transit resources.

The Boston community, however, scored lowest in safety and reliability. They came in at a mediocre 34th place.

Boston’s impressive rank definitely comes as a shock to commuters who use MBTA services. After all, several derailments happened just this past summer.

On the other hand, there are people who think just the opposite of Salem. In fact, one commuter maintains the study was right. For her, the T is the lifeline of Boston.

Local officials are currently planning to close parts of the Red, Orange and Green lines during the weekends starting this October. The goal is to implement improvement to T service. These improvements come amid ineffective transit opportunities for commuters.