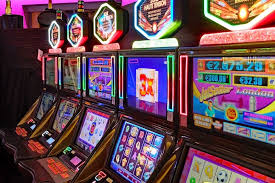 According to a lengthy indictment unsealed Tuesday, Rep. David Nangle accrued a great many gambling debts throughout New England. As a result, he turned to his campaign coffers to make up the difference. The misuse of campaign funds constitutes a serious crime, as demonstrated by the national story in 2018 involving Donald Trump’s hush money payment to Stormy Daniels.

In this case, Nangle used campaign funds to cover various personal expenses unrelated to his campaign. Joe Bonavolonta of the FBI explained, “Time after time he allegedly used campaign funds to pay for personal expenses, spending thousands of dollars on golf club fees, gas, gift cards, hotels, restaurants, flowers and rental cars for trips to casinos, some of which he had already been reimbursed for by taxpayers.”

Upon examination by regulators, Nangle lied, claiming a political purpose for each expense.

His gambling problem led to tens of thousands of dollars of debt. He frequented casinos in Connecticut, New Hampshire, Massachusetts, and Rhode Island. Additionally, he lost thousands on online betting.

Furthermore, he borrowed in excess of $100,000 from friends and business owners to fill in some of his debt. He returned these personal loans with campaign contributions.

Nangle also paid for a country club membership and its green fees with campaign funds, fraudulently labeling them as catering fees. He rented cars to travel to casinos with money from his campaign account.