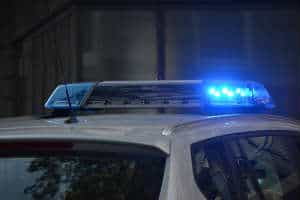 GREENLAND, NH – A bad crash involving a big rig and a pickup truck occurred north of Boston, in our neighboring New Hampshire, early this Thursday morning. In fact, the pickup truck, a 2006 Dodge Dakota, was wedged, and stuck, underneath the big rig. Apparently, the crash was a result of an intoxicated driver. This information comes from New Hampshire State Police.

At just before 1 a.m., authorities received report of a crash. This occurred on Interstate 95 in Greeland. Apparently, Kyle Lehoullier, a 23-year-old from Rochester, New Hampshire, had driven northbound in his Dodge. That is where he lost control of the truck. His truck moved from the left lane all the way across the other lanes. Then, he smashed into the big rig.

Lehoullier’s truck dragged underneath the semi-truck for several hundred feet. The driver of the big rig, Steve Mercie, a 48-year-old from Quebec, Canada, finally was able to safely stop the truck. Once emergency personnel arrived, an investigation began. During this time, the interstate remained closed for a couple of hours.

After the incident, Lehoullier underwent treatment for his minor injuries at Portsmouth Regional Hospital, according to the state police. However, afterward, police arrested and charged him for driving while intoxicated. While Lehoullier was released on bail, he is scheduled for an arraignment later this month on February 20.

Boston Says “No” to Single-Use Plastic Bags Starting Next Month