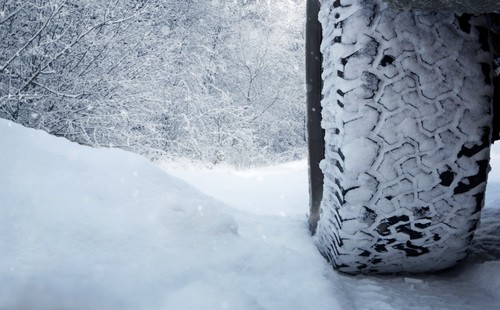 Holiday driving presents some of the worst conditions for getting from point A to point B. In Boston, this is increasingly so. Due to the road structure of New England, many out-of-staters might find different and more challenging traffic patterns than most other places.

The structural make-up of Boston’s roadways can be traced back to the first settling of the country. Where major cities like New York, or Los Angeles run on a simple “grid system”, Boston merely paved over pre-existing farm roads. For someone new to Boston, missing your exit may mean driving a great distance to get back to where you want to go.

Snow is a big factor in Boston. During the winter, many residents have to fight for parking spaces. Due to plows pushing snow into on-street parking, this means many have to dig themselves out. The variable of snow will make it increasingly more difficult to drive. The snow has nowhere to go except the sides of the road, and in a lot of cases, will make the already narrow roads smaller. These add to parking troubles as well.

Since the foundation for Boston streets is built off of farm roads, the chances of finding parking are relatively narrow. Adding the snow means this will be increasingly more difficult. If you are from out of state, be cautious when searching for a spot. Poorly plowed roads mean you can park in front of a fire hydrant and not even know it. You might think you have found a perfectly good spot, but you might find yourself with a pretty expensive ticket if you don’t check the road signs and your surroundings. Other drivers stake their claim as well. Where parking is so scarce to begin with, the winter holiday brings more people in. Many Bostonians prepare for this and stake their claim on the side of the road. You might see lawn chairs, parking cones, or anything out of the ordinary used to mark a resident’s spot. This is not legal, though, and many would rather face the parking ticket than to give up their spot. Good luck arguing with someone who is ready to pay the price!

The above conditions, even in the summer, can create some pretty assertive drivers. Boston is famously known for its traffic, and being alert at all times (albeit a basic function of a good driver) will only get you so far. If you don’t take your chance to turn, you might be stuck waiting for a break in traffic for a long time. The goal is is to not drive aggressively, but also assertively. Being an assertive driver will help you get to where you need to be effective and without issue.

As a native New Englander, the worst thing to be is angry. Let’s say you misjudged a break in traffic, and now you are stuck at a stop sign with a line of cars behind you. Boston drivers can be a bit more vocal than other areas and you may bear witness to some loud honking. The best thing is to ignore it. If a driver is looking for a reaction from you, do not give them that satisfaction. Just blast the music and do not respond. At some point, you ill get to where you need to go and they will be long gone.

The Holidays Are Stressful For Everyone

Nobody likes driving during the holidays. Its a pain, and can sometimes ruin your traveling experience. Understanding that everyone else is in the same boat as you, is a key factor. If someone is trying to merge, let them in. If someone in front of you is trying to switch lanes, then let them switch. Do not speed, or be troublesome for these factors cause accidents or disruptions. The best thing you can be is understanding.

Be Safe for the Holiday

The best method for driving in Boston during the holiday season is to be alert. Be alert of the road conditions, what traffic you will deal with, where to find parking and how long you will be staying. As an out-of-stater, you can be an easy target from a native Bostonian. By following proper etiquette on the road, you will save yourself and your family the trouble of any repercussions. The holidays are meant to be a joyous experience and being negligent takes that away from most people. Be smart this holiday season but most importantly have fun.

Why Use an Auto Shipping Company in a Move?