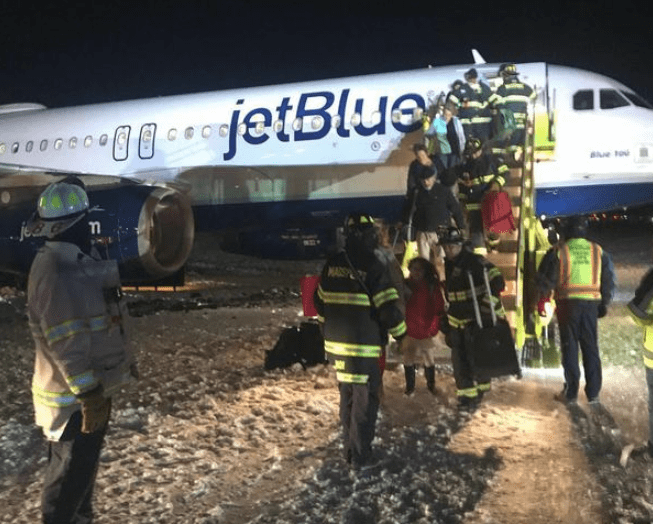 BOSTON, Mass. — A JetBlue plane skidded off the taxiway at Boston’s Logan Airport Monday night after reportedly hitting a patch of ice.

According to JetBlue, Flight 50 from Savannah to Boston went off the taxiway shortly after landing at approximately 7:15 p.m., spinning as it slid and ending up facing the opposite direction.

The plane reportedly came to a stop between two taxiways.

Buses transported customers from the aircraft to the terminal, JetBlue said.

Responding to air traffic controllers after the incident, one of the plane’s pilots said, “Everything’s fine. We just skidded on the ice,” according to an audio transcript.

When told that emergency personnel would be responding, the pilot said, “We just need a tow.”

“No injuries have been reported at this time,” a JetBlue representative told.

Boston Marathon And Other Events Cancelled