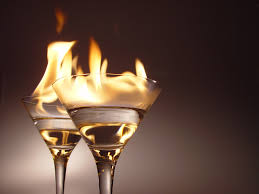 Thirsty? Outlier neighborhoods in Boston may see an increase of restaurants serving spirits thanks to an initiative proposed in the city council. Liquor licenses have been hard to come by there, but that could change.

The bill provides an opportunity for restauranteurs to enter these neighborhoods and provide choice. The bill allots the 150 licenses for issuance between 2021 and 2023. Furthermore, the licenses return to the city for reissue in the event a holder goes under.

“It gives us as a city the ability to look at economic opportunities for different neighborhoods,” explained Baker to the Boston Herald.

Because so many restaurateurs shell out for existing licenses in more bustling districts like the Seaport and downtown, local restaurants dwindle. Businesses in outlier neighborhoods shutter as their owners move on.

Baker also suggested the price tag to attain a license proves a barrier to entry for many aspiring entrepreneurs.

Councilmembers introduced similar bills in the past, hoping to benefit outlier districts. Ayanna Pressley, once a city councilmember before winning a congressional seat, introduced a bill bringing 75 licenses. That bill targeted neighborhoods outside downtown. However, many neighborhoods still lost out due to a lack of specific earmarking in that bill.

Mayor Martin Walsh also sought to increase the number of liquor licenses throughout his tenure.

Baker’s proposal requires a series of approvals before implementation. First, council takes it up. Then, it requires the mayor’s signature. Finally, the Legislature votes and the governor signs off. Historically, such “home run” bills faced push back from Beacon Hill.

Baker remains confident, though, given the momentum of previous efforts.

An Explosion Occurred After a Man Experimenting with Chemicals: 1 Injured