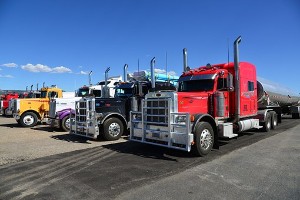 Loose drive time rules a number of devastating fatal car accidents this summer involving large carrier trucks. One that occurred near Glens Falls occurred just past a Welcome Center where the driver could’ve pulled over to nap or grab a cup of coffee. Unfortunately, the driver didn’t make this choice and it produced fatal consequences.

Drive Time Rules are There for a Reason

It’s not yet known if in this particular accident the driver defied the rules of truck driver drive time and was required to pull over. However, his own words suggest that, in fact, he may have exceeded the hours he can be on the road.

This is just one incident but it illustrates how huge a problem fatigued driving is in this country. In fact, the National Transportation Safety Board has called it a ‘pervasive problem.’ It emphasizes the point by noting that 13 percent of deadly crashes include drivers who’ve fallen asleep behind the wheel.

Just look at 2017 by itself. In that year, there were 4,700 crashes involving large trucks. Of those incidents, 60 included “asleep or fatigued” drivers. This statistic from the NTSB often goes underreported to the authorities.

With all this conclusive evidence illustrating the depth of the problem, it’s no time for the federal government to loosen the rules on how much time truck drivers can spend on the road. Nevertheless, this is precisely the tact that the Trump Administration is taking. It’s all part of their desire to deregulate. Plus, the trucking industry has been lobbying vigorously for fewer restrictions pertaining to long-distance trucking.

The Trump administration has already gotten ridden of roughly a dozen current or suggested truck safety rules. This fact was recently reported by PBS.

Essentially, the government is dismissing the safety board’s aim to trim fatigued driving incidents. They are currently considering changing the long-haul service rules that limit drivers to 11 hours of driving over a 14-hour period. This is after being off for 10 straight hours.

The trucking industry desperately wants the 14-hour period to be extended to 17 full hours, while also accounting for a three-hour break for bad weather, traffic delays, or issues with loading cargo. Furthermore, truckers want the compulsory half-hour break removed.

By allowing any of these changes, truckers would be granted more time to drive without properly resting. Safety advocates say this would make them more likely to fall asleep at the wheel and then potentially kill somebody in an accident. More to the point, regulators believe there’s no telling if drivers will actually stop for three hours. Even worse, they believe removing the mandatory break would result in more fatigued drivers.

So, what do you guys think? This push by the Trump administration to loosen the rules is a bad idea?

What’s Included in a Tune-up?