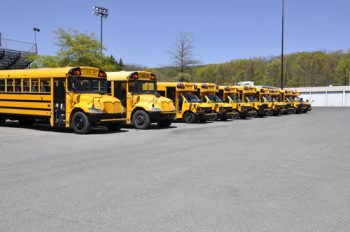 Lowell High School students are expected to get back to their classes on Monday after the school was closed for three days in a row as the school deals with gas leak issues.

Lowell City Manager Eileen Donoghue said Friday that the school’s heating system has been inspected and the building, which was built in 1980, has heat. The gas heat to the field house will remain turned off.

“Every inch of it has been tested and all is safe,” Donoghue told reporters during a press conference on Friday.

Heating units in the field house are being replaced, and it is estimated it will take 4 to 7 weeks to repair them.

The repairs are expected to begin in a few weeks.

Parents grew frustrated with the situation, saying there have been heating issues all winter.

Students have been out of school this week for school vacation week.

The school was closed April 11-12. Students evacuated April 10 due to a leak in the field house.

The students went home early after a pool heater caused a gas leak.

Lowell has plans for a new high school. A meeting was recently held to discuss the plans.

“It doesn’t matter if there will be a school in 5-6 years,” Donoghue said, adding that city and school officials “have to do something now.”

The class was canceled at the school due to heating issues, earlier this winter. Students were forced to sit in classrooms that were around 45 degrees.

Students missed a total of four days due to heating issues. Students will have to make up one of those days.

The superintendent said the situation does not hurt their accreditation.

Why Use an Auto Shipping Company in a Move?