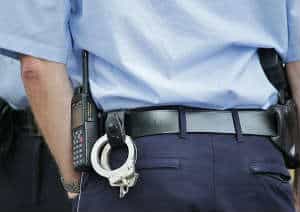 BOSTON, MA – More details keep surfacing in the disturbing case of a man accused of kidnapping, and then killing, a Boston woman. Authorities plan to transport the man back to Massachusetts from Delaware. At the end of last week, Coleman appeared in a federal courtroom in Delaware, but waived his right to be detained and have his preliminary hearing there. Why was he in Delaware? Well, that is where authorities found him, driving with the body of the Boston woman murdered in the trunk of his car.

The man, identified as Louis Coleman III, is a thirty-two-year old from Rhode Island. Now, he faces federal charges in the kidnapping and killing of the mother, Jassy Correia. She was only twenty-three years old. In fact, the last time anyone saw her was on February 24, when she was celebrating her twenty-third birthday with friends at a nightclub in Boston.

Andrew Lelling, a United States Attorney, spoke at a press conference this weekend. There, he detailed the events of the kidnapping and murder. He revealed that when Coleman was pulled over on Thursday, authorities asked him if anyone was with him in the vehicle. He allegedly answered: “She’s in the trunk.”

Surveillance video outside the nightclub shows Coleman and Correia getting into Coleman’s car. This is how police traced the vehicle – since the license plate was visible on the tapes. They tracked the registration back to his residence, where they pulled more surveillance video. That video depicted Coleman hauling a body from the car to the building. The body matched Correia’s description.

Authorities saw a whole slew of footage from this camera – Coleman leaving and returning with supplies from WalMart, him entering the building with a suitcase and then leaving the apartment with the suitcase. They also found cleaning supplies and trash bags in the dumpster of the building. Authorities were able to find him in Delaware, where they ultimately found Correia’s body – in the suitcase, naked, bruised, and wrapped in duct tape.

Police are unclear of Coleman’s motives for this brutal attack and killing. He faces a mandatory life sentence in prison and may even face the death penalty, if convicted. Time will tell what the charges will be in the case of this Boston woman murdered.