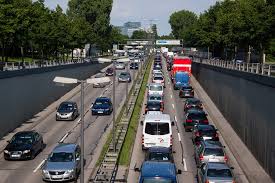 BOSTON, MA – The greater Boston area is growing which is a great thing for the city. However, with all the growth comes congestion. And with all the congestion it’s become increasingly difficult for the people of Boston to move around. In fact, traffic has become such a thorn in the collective population’s side that many residents are considering leaving.

In fact, not only has traffic become impossible to deal with, the other alternatives aren’t much better. Public transit in Boston continuously snarls at peak hours, leaving many doubly frustrated. Among Massachusetts voters who live within Route 128 and are full-time workers, around a third of them say they’ve pondered moving out of Boston altogether. Each of them cite road delays and snafus with public transit as being the reason.

This data was compiled in a poll released on Wednesday by the MassINC Polling Group. The poll was funded by the Barr Foundation, a nonprofit that’s seeking money to support new, game-changing transportation projects.

Plus, this issue isn’t confined to the Boston area alone. In fact, folks frustrated with the state of traffic and the efficiency of current public transportation is a statewide concern. For example, a whopping 30% of voters surveyed who are full-time employees say they’ve thought about leaving their job in order to get a better commute. And, according to those numbers, a quarter of those people have also considered leaving the area entirely.

The numbers are staggering. This same poll found those with commutes longer than 45 minutes, half of them thought about changing jobs. Moreover, 30% of that group has looked into leaving the area forever.

The bottom line with the numbers is that people are on the brink of reaching their breaking point when it comes to commuting. And there’s no getting around the issue, a recent ranking of worst rush hour traffic, indicated that Boston was the worst.

For political leaders, the consensus is that every solution must be on the table for the transportation problem. Otherwise, all the people coming to Boston to spur its growth, will be quickly leaving.

OSHA Proposes $1.3 Million in Penalties Over Deaths on East Coast