BOSTON, Massachusetts — A passenger died on a flight from Houston to Boston overnight. 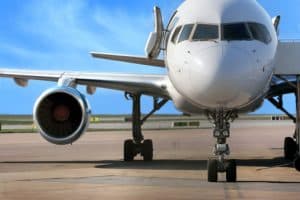 United Flight 1888 left Bush Intercontinental Airport Tuesday night heading for Logan Airport, but about two hours into the flight – just before midnight – it was diverted to Washington-Dulles because there was a medical emergency on board.

When the Boeing 737 landed, medics met the crew on the runway, but the passenger had died.

Jonathan Guerin, a United spokesperson said in a statement Wednesday, “We are saddened to learn that our customer passed away. We extend our sincerest condolences to their family.”

He said that some passengers helped the crew trying to save the man. His name has not been publically released yet.

Sharon Kaye of Texas, a passenger on the flight, told the local news he was a man in his early 40’s who had a heart attack.

“Another passenger told me she was close to where the man was and that there were no defibrillators on the plane. Everyone was shocked and saddened by the situation,” Kaye said. However, United disputed the defibrillator claim.

“Our crew used all the available equipment including an AED defibrillator,” Guerin told the local news.

Kaye and the rest of the passengers have changed their plane to Boston at 3:09 a.m.

There is no further information available at this moment. The investigation is still ongoing.