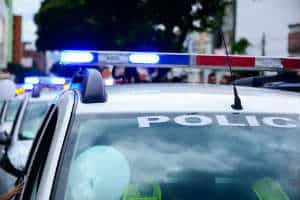 NATICK, MA – Both state and local police arrived at the scene of a shooting at a Natick hotel early this morning. This occurred at the Crowne Plaza Hotel on Worcester Road, located in Natick.

Police arrived just after 2:30 in the morning. The police evacuated the hotel due to the incident. Essentially, they received reports that there was an active shooter present.

Apparently, several suspects followed another man into the front lobby of the Natick hotel. After they followed the man, they shot at him. Luckily, the victim did not suffer injuries from this. But, the suspects who shot at the man fled from the area. This information comes from James Hicks, the Natick Police Chief.

When police arrived at the hotel, they set up a perimeter. They also spoke with the victim of the event, who claimed that he did not know the suspects who followed him.

However, after the shooting occurred, many believe that the suspects might still be inside the building. To be extra cautious in the dangerous situation, police made the decision to evacuate the building.

As a result, they led about seventy-five guests of the hotel, along with employees, to the Natick Mall cafeteria to wait. Some of the guests chose to stay in their cars.

However, officials are still investigating. They hope to discover how many suspects were involved and find more information about their motive for the shooting.