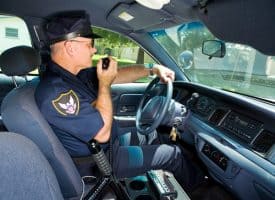 Yesterday, a robbery was in process at a Bank of America around the afternoon in Boston, MA.

The suspect, Leo Willwerth, is a 31-year-old man who robbed the Bank of America on Andover Street yesterday.

Willwerth went into the bank and threatened the employees that he had a bomb on him. However, nobody saw any weapons on the suspect.

He asked for them to give him cash otherwise he would have bombed the bank.

After stealing the money, he ran and got into a taxi by the North Shore Mall with a woman.

Bob Flaherty, a dispatcher at Tri-City Taxi, did not know that one of their drivers was picking up Willwerth, the bank robber.

Soon enough, police contacted Tri-City Taxi and got in touch with Bob Flaherty.

Flaherty tried to contact the taxi driver and follow his GPS location while police remained on the line.

However, he suspected that the radio might have been turned off. They assume the suspect might have asked the driver to turn the radio off, thus making it harder for Flaherty to get in touch with the taxi driver.

Even with the radio off, he used the taxi’s back up GPS to locate it.

Boston State Police sent out a helicopter in the area which led to them locating the taxi.

After searching for almost an hour, police caught and stopped the taxi right on Melnea Cass Boulevard in Boston.

Willwerth was arrested and so was the woman that was with him in the taxi.

Police do not know if the woman was involved with the incident that occurred at the bank.

No injuries or deaths were reported.

Willwerth has a court hearing today at Peabody District Court.