On Wednesday, Massachusetts House members put in a vote to revoke old-fashioned laws of Massachusetts. One of the laws that were reversed was the anti-abortion law that has been set since 1845.

The Massachusetts House had 139 votes that were approving to get the law removed and only 9 votes to keep the ban on abortion. 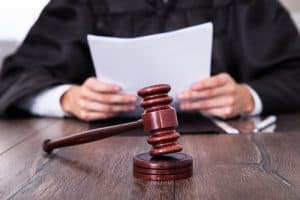 During the vote meeting, Democratic state Representative Claire Cronin stated, “The changing dynamics of the Supreme Court is a real and legitimate concern.” Ever since President Donald Trump announced that he is determined to overturn Roe v. Wade, it has kept some House members concerned.

Though they did overrule to reverse the ban on abortion, lots of critics thought that there was no need to vote to reverse the law rendered in a ruling by the Massachusetts Supreme Judicial Court in 1981. The ruling basically grants access to people who wish to get an abortion.

Some of the other laws that also got reversed by the vote yesterday include access to contraception.

In Massachusetts, people who are not married cannot be granted access to contraception, as well as abortions. They cannot even be given any information on either one of the two.

However, now because of the votes, people will no longer be held back from contraception or abortions. They will do as they please and it will be legal.

Two of the biggest supporters of rights to abortion and contraception are Republican Governor Charlie Baker and Senate President Harriette Chandler.

Their main goal is to make sure the people are protected if ever Roe v. Wade gets overturned.

Boston DOT Drones Give All Clear