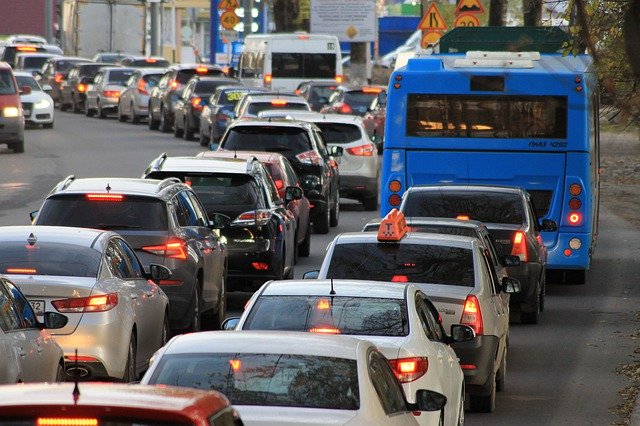 For the second year in a row, Boston took top spot in a study of traffic across the United States. INRIX, a company that provides traffic analytics, found the city displayed the most congestion in the country.

Quantified in lost productivity, each Bostonian driver on average lost 149 hours sitting in traffic. While an improvement over 2018, in which the average was 164, the reduction failed to improve its ranking.

A variety of factors contribute to the congestion clogging up the city’s streets. For one, as an old New England town, its roadways originally saw traffic of a very different, must less demanding kind. Prior to the advent of the automobile, horse-drawn carriages and carts maneuvered considerably shorter distances, localizing much of the city’s traffic.

Since the city developed its paths based on an older form of conveyance, its infrastructure built up around unorganized streets. Modern architecture replaced its predecessors but inhabited the same spaces. The introduction of cars forced a new technology into an unprepared and inadequate system.

The problem plagues a number of east coast cities, beholden to a map not conducive to contemporary travel.

Now, as populations continue to concentrate in urban centers, Boston’s traffic problem only worsens. With an increasing demand for city housing, prices soar, pushing tenants out into the surrounding area. However, with jobs still in the city, commutes extend miles outside of it. Thus, traffic to and from Boston gets worse.

Proposed solutions include building up apartment and condo complexes near public transit stops. The hope there is to inspire tenants to take public transit, reducing the number of cars on the road. The issue there involves cooperation between different municipalities. Boston requires the collaboration of surrounding cities, who themselves fear increased traffic alongside the construction of denser housing.