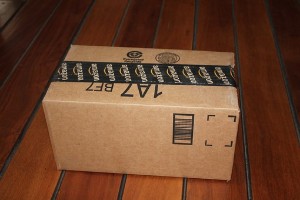 It looks like UPS is joining the autonomous trucking wave. Yep, the recent wave of noise coming from the autonomous vehicle world now includes the long-time delivery company. UPS recently revealed that the venture capital wing of the company UPS Ventures is now investing in autonomous driving company TuSimple. They are getting self-driving tractor-trailers.

In fact, the testing of self-driving trucks began in early May on a route that went from Phoenix to Tucson. The tests included a driver and engineer in the vehicle during the completion of the route. In a Thursday news release, the company suggested that its goal was to have a better comprehension for autonomous driving within its network and to get a feel for where the “vehicle’s onboard computer is in complete control at all times, eliminating manual intervention.”

TuSimple, a company started in 2015, strives to produce the first self-driving truck for the marketplace with technology for shipping businesses to run self-driving tractor-trailers.

UPS pointed out that it does business with third-party trucking companies to deal with the overwhelming influx of cargo shipments during the peak holiday season. TuSimple theorizes it can trim the costs of that part of the business by 30%.

“UPS is committed to developing and deploying technologies that enable us to operate our global logistics network more efficiently,” UPS Chief Strategy and Transformation Officer Scott Price said. “While fully autonomous, driverless vehicles still have development and regulatory work ahead, we are excited by the advances in braking and other technologies that companies like TuSimple are mastering.”

The budding prospect of autonomous vehicles was at the center of negotiations for a UPS- Teamsters labor contract for drivers and other folks work with small packages.

As it stands the deal they arrived at mandates the company reviews technological changes with the union six months prior to invoking any changes. This would include changes like the deployment of delivery drones, driverless vehicles and other cutting-edge developments.

What do you guys think this driverless revolution will do to trucking and how will it really affect companies like UPS?

Honda Prologue of 2024 Has An Electric Vehicle SUV Model